Big Bad Wolves and outsized monsters stayed away from my childhood nightmares.  Instead, the gold streaked waters I played in by day transmuted into a murderous tidal wave and the ginger puppy from the house next store behaved as a sharp toothed executioner.  Still, a few deep breaths, re-orientation and peaceful slumber could be attained.

The fear and dread that lingered I encountered in the light of day.  Just briefly, the hateful screed of Ian Paisley accosted, until my parents, too late aware, ruffled, banished me to some safe spot. There the demon’s words, so sinister and malign, fertilized the seed of fear already in the Philadelphia air for those of color. Hate: dangerous new form of  speech, tactile, palpable in those times.   Mephistopheles had spoken.

To grow, to hope, to change. A narrative available to the most undeserving.

And so,  Paisley died a man saluted for a change of heart.  Cameras captured images: his hands outstretched and grasping the hands of those he had zealously christened “vermin”- their hands now  undistinguishable from his own.

So long as his was the titular “First” seat in government, above the “bloodthirsty monsters,” his colossal ego was soothed, his vanity sated. In the waning years of his turbulent public pursuits, he fashioned a more seemly costume.  Though who can judge his “madness, his mission?”

The statesmen, and almost all men they are, call him “Peacemaker,” Charismatic,” ” Shrewd,”“Loved Elder Statesman“a “Big Man with a Big Heart.”

And a big, venomous voice .  So many hearts long ago stopped beating in the conflagration of petrol bombs. More pump blood still through weary veins of bodies mutilated by the Troubles. And watch those impassive, static hearts maimed with the words bellowed long ago to a believing mind,  passed down to child, then to the grandchild, growing in the quartered streets still looking for the halcyon days long promised…

True, better that the thunder of his voice ceased its eternal shaming, vicious speech.  True, that voice  awakened the righteous that those  condemned   at dawn for faith or color or choice of loving partner could be freed from hate  and vitriol come sundown should  the zealots  by mere happenstance decree some new prey more worthy of pursuit. True, a hand stretched out in peace, however late, no longer fells or wounds those in its path. 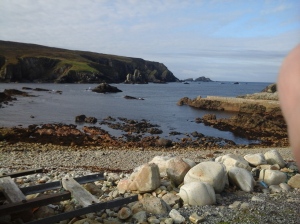 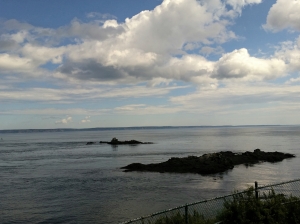